Head of the Obstetrics Ward at Medicover Hospital

Graduate of the Medical University in Białystok. Holds a second degree specialisation in gynaecology and obstetrics. Defended her doctoral thesis on the treatment of patients with ovarian cancer with honours. Author of numerous publications in industry and popular journals, co-author of obstetrics and aesthetic gynaecology textbooks. For her scientific work she was awarded the First Degree Didactic Award by the Vice-chancellor of the Medical University of Warsaw. As an expert, she is often invited to appear on popular TV programmes. She performs procedures and surgeries using modern endoscopic techniques, as well as classical and plastic gynaecology methods. She provides antenatal care, assists in the birth and performscaesarean sections making sure that each mother feels safe, and is aware of the professionalism of people caring for her and her newborn baby.

The comfort and safety of patients and their babies combined with empathy and professionalism of Dr. Kurowska are most valued by those who entrust their health to her.

Graduate of the Medical University of Warsaw where he was also a lecturer from 2005 to 2012. Second-degree specialist in gynaecology, obstetrics and oncological gynaecology. He defended his doctoral thesis with honours. Author and co-author of numerous publications in scientific journals. He gained his experience at the Obstetrics, Gynaecological Diseases and Oncological Gynaecology Clinic of Bródno Hospital in Warsaw and in the Maria Sklodowska-Curie Institute – Oncology Centre in Warsaw. He performs procedures and surgeries using modern endoscopic techniques and classical methods in oncological gynaecology. As a specialist in obstetrics, he provides antenatal care, assists in the birth and performscaesarean sections. Women valuehim not only for his professionalism and empathy, but also for his openness and sense of humour.

His medical interests also include urogynaecology, treatment of pelvic organ prolapse and endoscopic gynaecological surgery. Patients valuehim for his professionalism, but also for his patience and kindness – he gives them a lot of attention and helpful tips.

He is particularly interested in urodynamic diagnostics in gynaecology, urogynaecology and ultrasound diagnostics. Hispatients valuehim for his patience, reliability and meticulousness.

Graduate of the Ivano-Frankivsk National Medical University in Ukraine, where he was also a lecturer from 2005 to 2006. Specialist in gynaecology, obstetrics and urogynaecology. He joined the St. Sophia’s Hospital in Warsaw. In 2014, he became Deputy Head of the Ward at St. Anne’s Hospital in Piaseczno.

He has been working at Medicover Hospital since 2009. He is especially interested in infertility treatment and wants to help people affected by the disease of our times – in whichhe succeeds: thanks to him, many couples have been able to have their longed-for child. As a specialist in obstetrics, he also assists in the birth and performs caesarean sections. He performs procedures and surgeries using modern endoscopic techniques, urogynaecology, such as pelvic organ prolapse.

A midwife with over thirty years of professional experience. Author of the book entitled Położna.3550 cudów narodzin. A precursor of new trends in obstetrics.

Her talent combined with exceptional diligence led her to become an unquestionable authority in her field. Her mission is to make sure that women give birth feeling safe and that newborns are treated with respect.

Thirty years of professional experience allows her to continue the mission that has inspired her from her first day of work until today. Providing support to women in labour and an individual approach are a priority for her. Her strongest feature is her empathy which allows her to understand the needs of the mother and baby.

A midwife with thirty years of professional experience. Commitment and full dedication to patients are her top priorities. She motivates women to follow their natural instincts that help her give birth. Privately, a happy mother of four children.

Over 30 years of working with women in labour. When conducting antenatal classes, she uses her extensive experience in working with mums-to-be and their babies. She is warm and caring, and understands a woman’s soul, especially while waiting for childbirth.

She is an experienced midwife with 30 years of experience in the delivery room. She has been working at Medicover Hospital for 8 years. She takes care of the mother-baby relationship in a professional manner. She has undergone training in recognising emotional problems in pregnant and postpartum women. Her interests include yoga and homeopathy.

A midwife with over thirty years of professional experience. A specialist in antenatal and perinatal care. Thoroughly enjoys her job. She respects the needs of patients and approaches them individually, so that each of them feels safe and comfortable.

She has been working as a midwife for twenty-seven years and despite her long experience, midwifery is still her passion. She likes to meet new people and face new challenges, and there are many of them in her daily work. She loves to travel and spends her free time relaxing while listening to classical music.

She has been working in the most beautiful profession in the world for twenty-seven years. Kind, empathic, trustworthy and, above all, professional. She loves obstetrics and working with people. The biggest reward for her work are happy parents and healthy newborns.

Other staff at Medicover Hospital:

Head of the Naonatology Ward at Medicover Hospital

The Obstetrics Clinic includes the Neonatology and Neonatal Intensive Care Ward – Dr. Balicka coordinates the work of doctors dealing with neonates that require special attention because of their medical conditionsor birth defects. For 15 years, she worked at the Institute of Mother and Child, where she took care of youngpatients and coordinated the transport of newborn babies in Warsaw. For many years, she worked at Centrum Medyczne Damiana. Her gentleness and sensitivity make her the best carer of young children.

Graduate of the Medical University of Warsaw. A paediatrician with a second degree specialisation in neonatology. She has workedat the Institute of Mother and Child in Warsaw, the Mazovian Provincial Hospital and the Central Clinical Hospital of the Ministry of the Interior and Administration for many years. At Medicover Hospital, she works as a neonatologist, caring for the youngestpatients. Her professionalism, as well as extraordinary empathy and sensitivity towards newborns and young mothers make patients trust her and feel safe.

Read about one of our many stories – each one different, each one unique 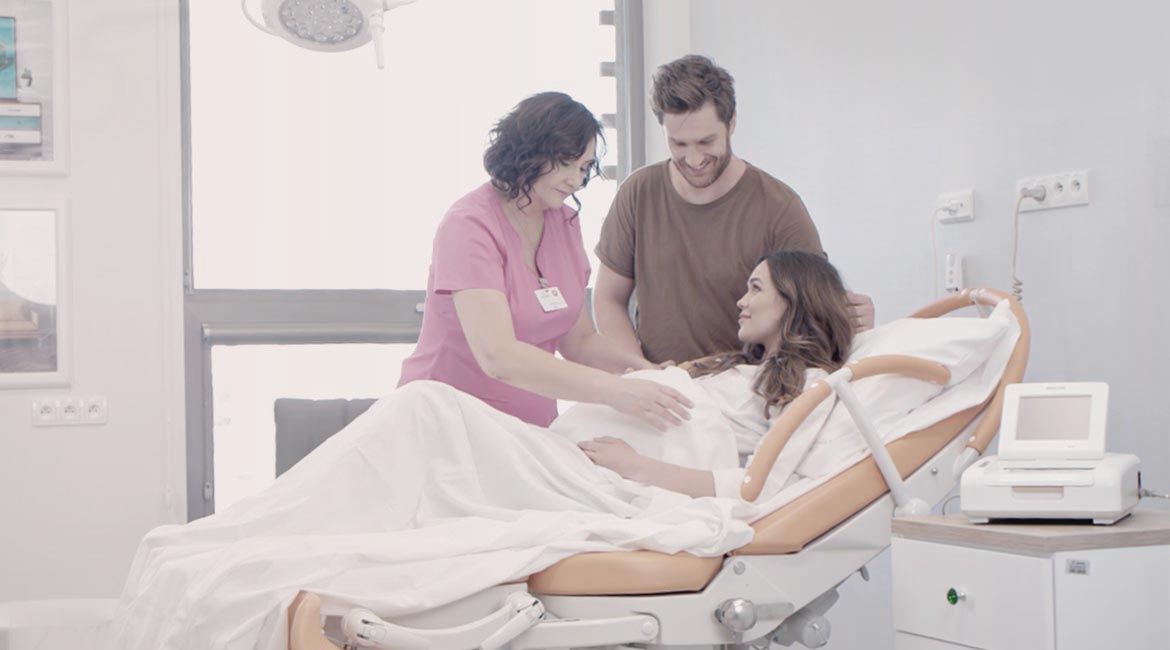 Antenatal care from the 36th week of pregnancy